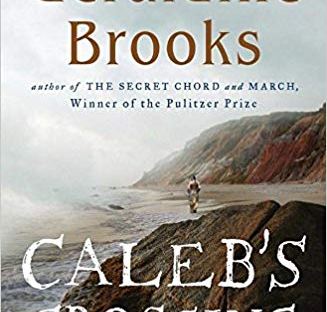 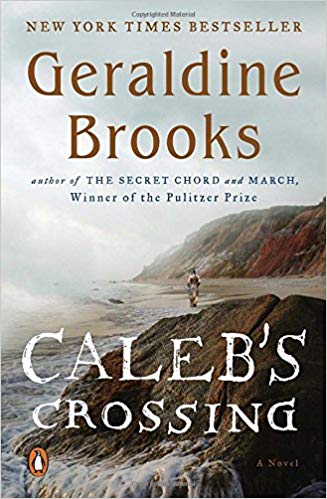 About seven years ago I read Year of Wonder by Geraldine Brooks and really enjoyed it. Caleb’s Crossing has been on my to-read list for a while, so when I found it at my local used book store, I finally decided it was time to read it. Taking place in the 17th century, Caleb’s Crossing follows Bethia Mayfield from girlhood into adulthood as she grows up on and eventually leaves Martha’s Vineyard in the MA colony. Brooks describes the wild and beautiful island in visceral, raw language that allows the reader to smell the salty air and feel the summer sun on their skin. We explore Martha’s Vineyard with intellectually curious and defiant Bethia, and it is in one of these secret outings that she first meets “Caleb” (her Christian name for him), a young man of the local Wampanoag tribe. Bethia teaches Caleb English and his letters, as well as all the things she has overheard her father teach her brother Makepeace from religion to Latin. Caleb teaches Bethia his language, as well as the best ways and spots to catch fish or collect the best herbs, about his culture. and what he believes. Slowly, Caleb “crosses” into the English world on all levels: spiritually, intellectually, and finally physically when he and another of his tribe, Joel, go to the mainland to attend Harvard. Brooks pulls from historical fact in that there indeed was a Caleb who attended Harvard in the 17th century–the first native person to do so. She also admits in the afterword that this fact was only the spark from which this novel grew, in that the rest of the novel is fiction.
The first half of the novel starts out promising with headstrong Bethia questioning societal norms and rules, as well as the strict religious society in which she has grown up and the things it asks of women. The reader wishes for Bethia is break free, to live as she pleases on her wild island and learn whatever she wants. But when Bethia’s life is marred by numerous familial losses, she is sent to the mainland as an indentured servant.
For a time, the reader thinks Bethia will break free and somehow her and Caleb will return to Martha’s Vineyard together, perhaps even as a romantic couple. However, happy endings often do not come to pass in the harsh world of the 17th century.
When Bethia starts her new life as an indentured servant, the book seems to take a rushed turn. New characters are introduced quite quickly and are not built up enough for us to care about them even though Brooks writes it as if we should. Although a woman of her time, Bethia’s actions are often frustrating, especially in relation to the men around her who mistreat and disrespect her. In the second half of the novel, large events are glossed over in summary. The book begins to jump back and forth between an older Bethia writing her memoir and a younger Bethia experiencing the events in real time. This sudden shift in structure was jarring and distracting, and sadly the book seemed to go downhill until the rushed, anticlimatic end.