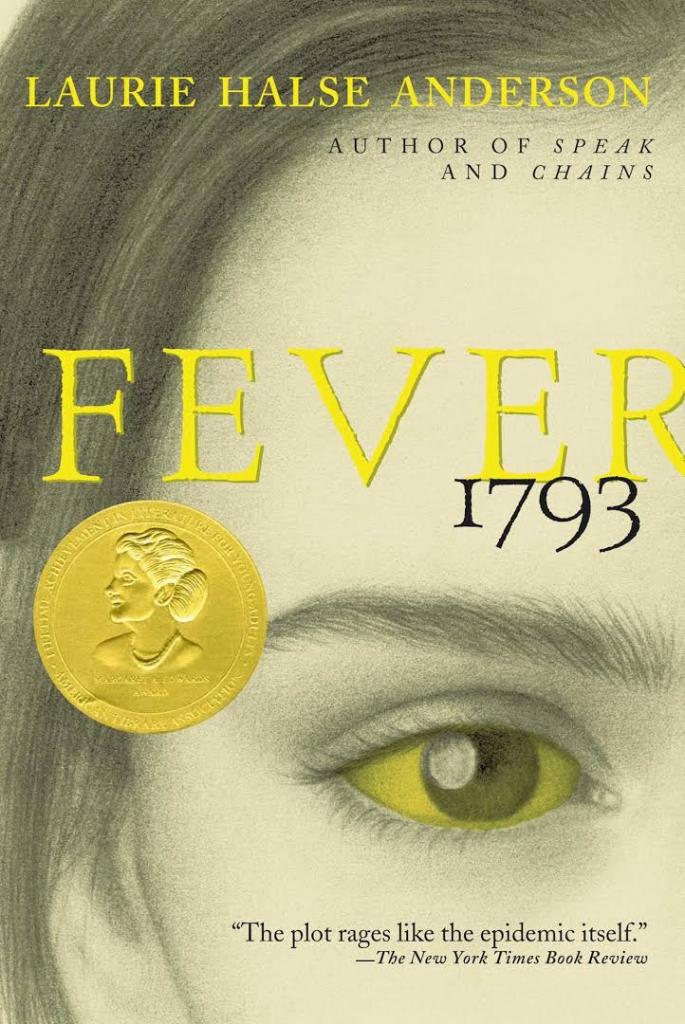 Fever 1793 by Laurie Halse Anderson is a YA novel detailing Philadelphia’s 1793 Yellow Fever epidemic. Being in Philadelphia, I have heard about this particular epidemic…every time I walk past Washington Square Park I think about it, as well as the Revolutionary soldiers buried there. In the 18th Century, however, this space was called Potter’s field. I also read a bit about this particular epidemic in Elizabeth Drinker’s diary. Not only did my previous knowledge of the epidemic enhance my reading experience, but also the fact that I had spacial awareness while reading because I regularly walk the streets and sites mentioned in Fever 1793 (and yes, street placements were accurate!)

I was slightly apprehensive to read another YA novel, but I did so anyway because of the subject matter (Philadelphia + 18th Century…okay, I’m there by default.) To prospective readers: do not be put off by this book being YA. Actually, it is quite adult and morbid despite its intended age group. Yes, some points are a bit tame where they probably wouldn’t be if it wasn’t YA, but for the most part I was surprised by its maturity. What’s more, Anderson’s level of historical detail, which could easily be ignored in YA, is stellar. Overall, I was very pleased with the inclusion of such historical detail.

Fever 1793 is a story of survival, responsibility, growing up, and the importance of the mother/daughter relationship. Anderson’s tale of epidemic, despite the morbid subject matter, is a quick and pleasant read packed with historical detail to interest fledgling historians of all ages.

If you’re interested in learning more about Philadelphia’s 1793 Yellow Fever epidemic, here is a 2012 documentary made by our local ABC station: